The Manyoshu that is the oldest existing collection of Japanese tanka poetry contains the song of Taniwa no Omeotome (the large daughter of Taniwa) who asks why she rarely sees her beloved, as if touching the sacred cedar holding the fine sake that Shinto priest Miwa worshiped was a crime.

Omiwa Shrine, the oldest shrine in Japan and the chief Shinto shrine for the former Yamato province, is said that have had the role of producing sacred wine for Shinto rituals for the Yamato Imperial Court. It is known as having been the shrine for worshiping the sake god since long ago, and sake offered to the gods was called miwa because of this. The whole of Mt. Miwa that is behind the shrine is the deity body of Omiwa Shrine. The cedar trees on Mt. Miwa were considered sacred trees, and there was a custom of stringing up bundles of cedar leaves that contained the power of the Omononushi god in the eaves of sake breweries. This is said to be the origin of the sugidama (cedar balls). They were originally called sakaboki or sakabata. In the mid-Edo period, cedar leaves bundled like hand drums were called sakabayashi and it is said that they were strung up in eaves of houses to mark breweries. As time passed, by the end of the Edo period they had changed into the ball-shaped sugidama we see today. Cedar leaves are believed to prevent rotting of sake, so it is thought that they were strung up as protective charms.

Nowadays, sugidama that are strung up in the eaves of breweries that make Japanese sake are used as a seasonal sign to announce the start of new sake pressing. Sugidama that have just been strung as pressing begins are a fresh green color. As time passes and the leaves wither, they turn a dark brown color. Looking at the change in color of the balls tells you how far the new sake has aged. We also string up a new sugidama every year at the start of pressing, expressing our gratitude for having produced that year's new sake. Although many people think sugidama are like signposts for breweries, they also signify gratitude to the sake gods and prayer for safety in sake production, prosperity of business, and prosperity of descendants. 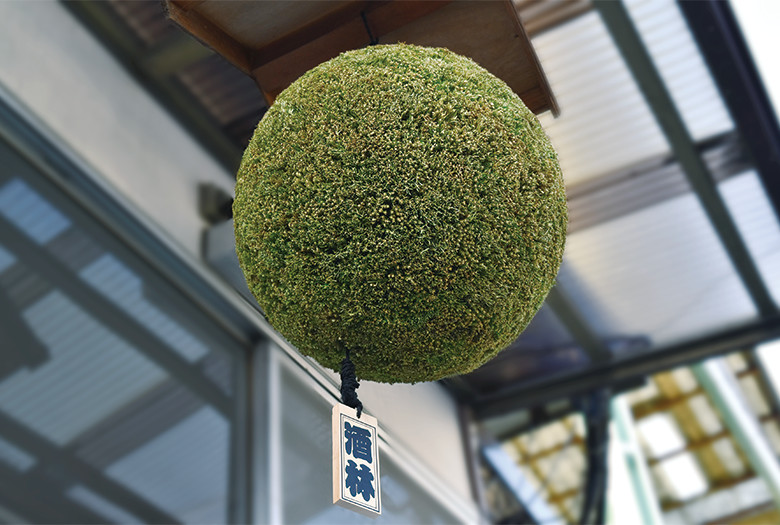 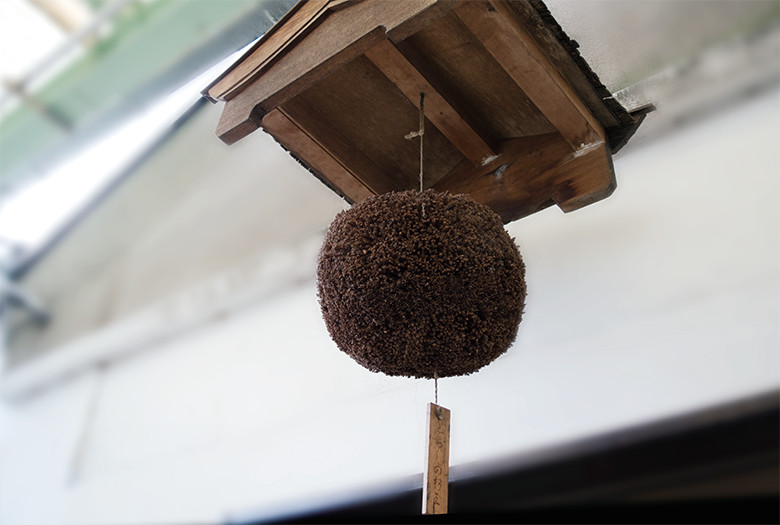