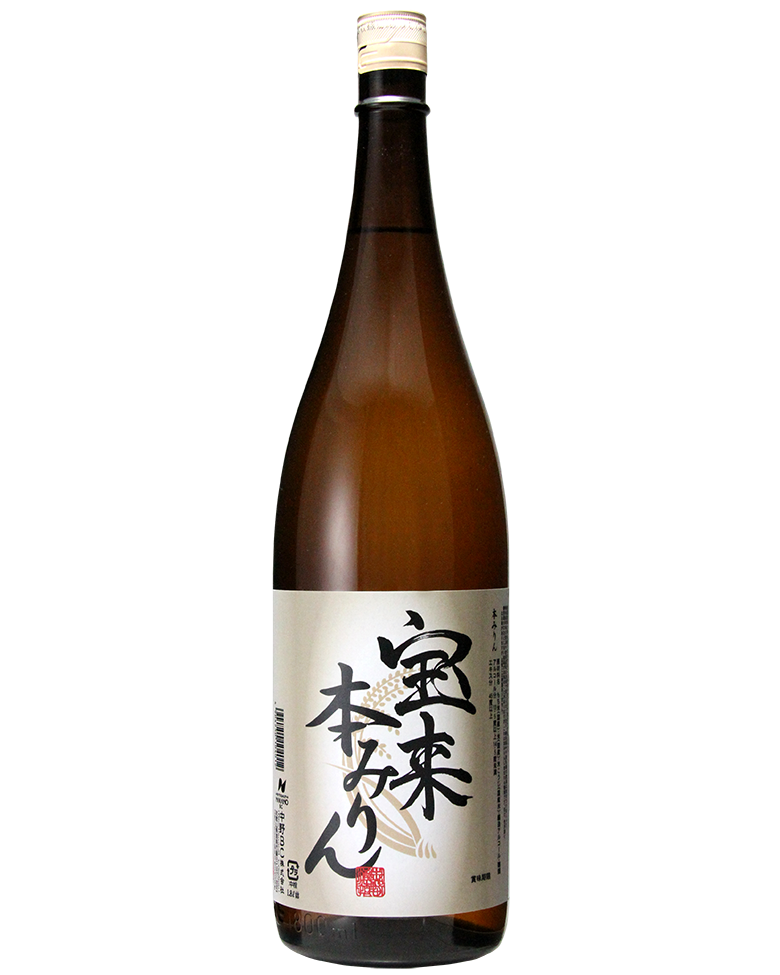 “Horai Honmirin” is the fruit of technology for glycosylation and fermentation developed through our sake brewing, ever since we began manufacturing mirin in 1967.

In our back-to-basics approach, we replicated the original recipe used at the start of our manufacturing. After steaming carefully-selected domestically-produced glutinous rice in a pressure cooker, it is glycosylated meticulously in small batches.

Handmade in the old way, replicating the traditional taste passed down from our predecessors, this mirin features class and richness as well as the sweetness of glutinous rice.

As it is high in amino acids and saccharides, when used in cooking not only does it give a gloss and shininess, but it highlights the goodness of the other ingredients, as well as making the seasoning soak into them at the same time as preventing them from becoming mushy.

Also, when used in cooking rice, simply use one tablespoon of honmirin for three 180cc cups of rice, and you’ll have perfectly cooked rice that is shinier, “slightly sweet,” and fluffy to its core.